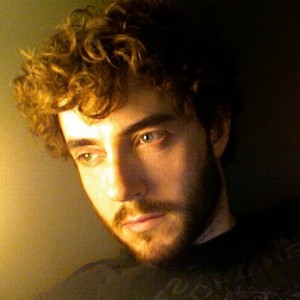 Matteo Neivert grew up an hour north of New York City where he developed an early fascination with the mysteries of nature reflected in fine art. His earliest memories are trips to the city with his grandfather to see exhibitions at the Metropolitan Museum of Art, the gardens at The Cloisters Museum, fossils at the Museum of Natural History and shows at the planetarium. Matteo’s mother was constantly making art for her BFA degree while raising a family. Matteo would often make his own versions of her art projects. These experiences formed the basis for Neivert’s interests, earliest art education and introduction to techniques, styles and art history.

From childhood through his teenage years Matteo was taken under the wing of New York painter and printmaker Myril Adler, also a visiting artist at the Pratt Institute. He eventually became her assistant. While studying at Alfred University, Matteo became influenced by the equine sculptures of his ceramics professor, Jean-Pierre Laroque.

Mr. Neivert eventually settled in New Orleans after obtaining his MFA from Tulane University. Artistically unfazed after Hurricane Katrina destroyed his home and studio, Matteo had a solo exhibition at Soren Christensen Gallery and was offered an artists residency at the Exploratorium Museum in San Francisco, CA. At the museum, Matteo teamed up with scientist Wayne Lanier who studied bacteria. He also met with animator, Stephanie Maxwell. Influenced by her work he created a direct cinema animated film about detachment, entitled ‘Closer to the Moon‘.  Much of Matteo Neivert’s recent work explores the Biophilia Hypothesis.

Neivert holds a BFA from Alfred University, and a MFA from Tulane University. Matteo also studied painting, film, voice, and Renaissance literature at SACI, in Florence, Italy. He has taught professionally at Tulane University, Jacksonville University, the San Francisco Art Institute, and Escuela Cervantes. He has also held the position of Art Director for Maloney Productions. Matteo Neivert exhibits nationally and has works in private and public collections all over the world. Matteo currently lives and works in New Orleans where the balmy tropical climate and lush environs influence his work. 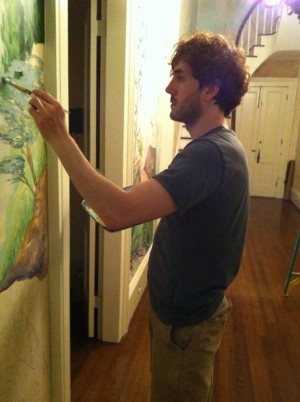 My artwork explores the powerful forces of nature and biology in real and imaginary compositions. A consistent thread in my work is the idea of change and evolution. Nature exists as an ultimate force. These forces can be subtle or overt and exist as both scientific and phenomenological in my work. I attempt to capture the magic of these forces and the relationship of the human condition to these ever changing environments. Many of my subjects are often meant as historical symbols of the eroding relationship between humans and nature.

Fragility and strength act as common themes. Interest in the scientific realms such as evolution, tides, gravity, growth, formation, replication, microbiology, physics, astronomy, and climatology converges in my work with plants, animals, and landscapes. I approach imagery and composition with a keen awareness of historical precedent. Recently my artwork has become more figurative and realistic to emphasize the narrative, theatrical, and beautiful aspects of simple objects and things such as ice, water, rocks, eggs, and shells. I am inspired by the boundless fodder that the earth, the universe, and the microscopic offer as imagery.

Value, color, mark making, lighting, texture, and careful compositions merge with my materials. In my drawings I show the charcoal and pencil as a material, and the pentimento, erasures, smudges, and lines are just as integral as the image itself. In my paintings I often use visible brushwork, drips, splatters, texture, impasto, and glazes to enrich the surface. In my ceramic work I use glazes that imitate a surface that looks as if the sculpture was buried or had a crackled painted surface. To achieve this finish I mix various textured glazes and use multiple kiln firings. There is a constant dialogue between my paintings, drawings, and sculptures of ideas, subject matter, and surfaces.

Artist-In-Residence, The Exploratorium Museum of Science, Art, and Human Perception, San Francisco, CA. Made possible by the Alliance of Artists Residency Group and the James Irvine Foundation.